Today the internet is full of an infinite number of possibilities for our entertainment, business, etc. However, there is no doubt that some of the most popular and widely used platforms are social media. And because of the importance of all possibilities that social networks allow us, the question arises: What are the most used social networks in Spain?

But before proceeding to answer this question, we must clarify another doubt:Why should we care which are the most used social networks? The answer may vary depending on the point of view you want to take on the subject, but some of the options are: to be able to carry out advertising campaigns, for research purposes, Entre otras muchas.

Another point that we must clarify is that the information regarding this topic is very dynamic, because the market needs are advancing and the options that each of the different social networks offers its users change very quickly; however, in this article we will focus on making use of the most current information.

We well know that some of the most used social networks in Spain are Facebook, Twitter, Instagram and WhatsApp. But before adding more names to the list and entering fully with an explanation of why each of these networks has a place on this list, let's analyze those who have been in charge of making these same social networks popular, Internet users. .

Let's start with the most general numbers saying that in Spain, there is little more than 19 million users; this means that a 86% of the population is an active user of any of the social networks that exist on the internet. This number alone is shocking, as it gives us an idea of ​​the number of people who are currently interacting through a social network.

The second feature to highlight is that of all the users out there, the three age groups more representative are:

Another interesting point is that, although today the most users are in an age range over 16 yearsAs time goes by, there are more and more children who also make use of these social networks. On the other hand, the number of older people who join social networks is increasing significantly.

Most popular social networks in Spain 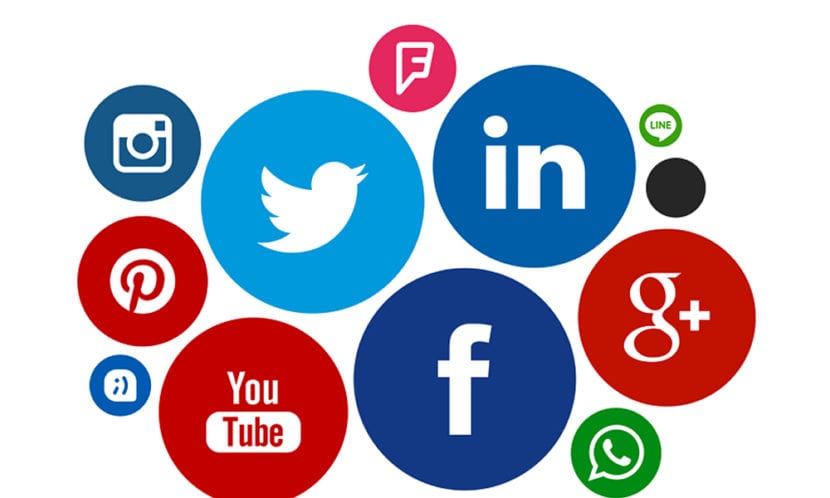 There are two companies that have topped the list for a long time, and are still the most popular: Facebook and Twitter. These two networks are the most popular For a simple reason, they are those that present more variety for their users, because while others social networks like LinkedIn or Spotify they are focused on very specific market segments, Facebook and Twitter are more versatile.

Within these two social networks we can find a great variety of content, from music, through news, and even comic content.

Due to this variety of content comes the following effect: the variety of users, since having content for all audiences, it is possible that companies carry out advertising campaigns that can be aimed at all types of users, specifying to the system what are our parameters to be able to reach an audience with very well identified characteristics .

In this way they are the most popular social networks both for personal users and for companies. And it's no wonder that Facebook and Twitter have a brand recognition of 99 and 80% correspondingly.

Let's go into these a little more in detail two social networks; let's start with Facebook, a social network that owes its popularity to its own popularity How? More explicitly, it can be explained as follows: because many people make use of this social network and have a profile, they encourage other people to create a profile to access content that may be interesting to them.

As for the Twitter We can say that with the simplicity with which it is convey user messages in very short messagesIt is something that people like a lot, because the messages are transmitted in a matter of seconds; which makes it very easy to use and also very effective when we want to convey a message, making sure that it reaches all of our followers.

The following two social networks top the list along with Facebook and Twitter, but it must also be recognized that these social networks have grown worthy of being mentioned. The first one we will mention is Instagram, a social network that is based on the use of images, and which is popular because it allows users to share a moment or event in just one image or a short video.

The growth that Instagram has presented has been more than 30% compared to the past years, which makes it the fastest growing social network, with increasing popularity among both personal and business users.

By allowing us to be up to date with the latest news from the musical environment, in addition to allowing us to access a music collection that contains almost all known music, this platform has the loyalty of its users in a fairly broad way. And there is no doubt that its popularity will increase day by day.

Social networks in which we spend more time 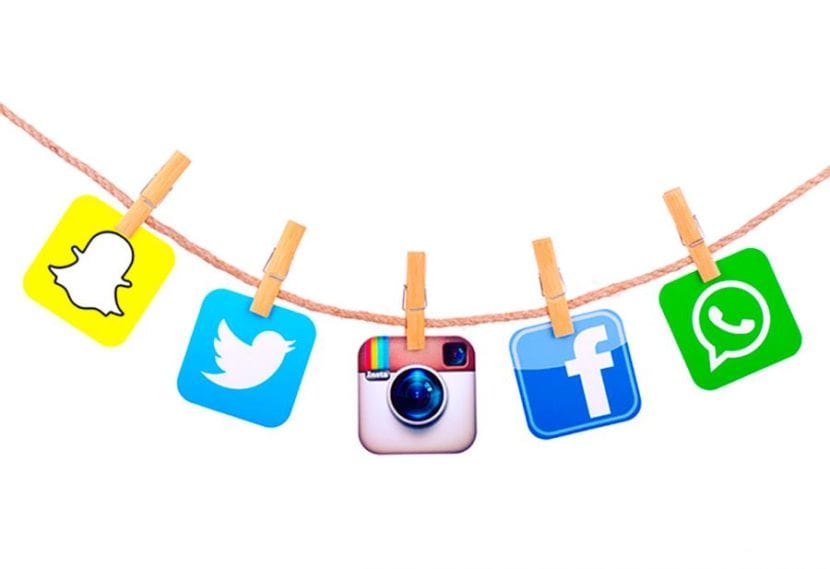 It's time to mention 3 o'clock social networks in which users spend a very high average of time. Let's start with the social network that is instant messaging service icon, WhatsApp, this social network owes its popularity to the simplicity with which it facilitates one of the daily tasks of the human being, to communicate.

Whether with our friends, our family, or our school or work colleagues, WhatsApp is the first option we think of to stay connected and communicated. The ease with which it allows us to share videos, multimedia files, our location, etc. It makes it one of the social networks we spend the most time on. And how much time do we spend on this social network? Daily more than 5 hours.

The next social network in which we spend the most time is one of the ones that has also presented the greatest growth, Spotify, and it is easy to know why we spend so much time on this social network, because all you have to do is press the auto-play button to spend hours and hours of listening to music, both new and our old favorites.

Finally, the third social network in which we spend the most time is Facebook, that social network that maintains the crown of popularity. And the reason why we spend so much time is simple, all the content we can find. And it is enough to check our mobile to know if this scale is true or not.

Does what we wear vary by our age?

Returning to the point of age, we can find 3 groups that we have already mentioned above, let's see the popularity of social networks based on the age of the users.

As for users who are between 16 and 30 years old, the most popular social networks are WhatsApp, YouTube, Instagram and Spotify. As we can see, this age range prefers multimedia content.

Regarding the group of users between 40 and 55 years old, we can find that the most popular social network is Instagram, and we also included Waze in the list, because the ease with which it allows us to find routes to our destination makes it a preferred option for many users.

Interestingly, among 56-65-year-old users, the most popular social network is Google+That's right, Google's social network. This teaches us that the age to define to a certain extent, our preferences for each of the options available within the internet.

What do we do on social media?

Social networks have revolutionized the way we live with people, however, it is important to bear in mind that, although social networks are a means, the end must always be communication, a communication that must be cared for and maintained. with our loved ones.